This article aims to explain what the big deal is about these Colognes that we see everywhere in places like Walmart or Costco. Maybe not surprisingly, many men know about these a bit more than about other more expensive fragrances.

Surprisingly, Adidas now offers nearly 80 colognes and perfumes. Nobody has a clear idea of just how many colognes the German brand has. But some of them are very popular and they are seen in stores across the world. Here are the main options for men.

Moves aromatic fougere is the most popular Adidas cologne. It represents a blend of tens of notes you might even struggle to pinpoint specifically.

Ginger, a strong geranium smell, cedar, jasmine, lavender, musk, and juniper berries are its mid accords. Thyme, oakmoss, a faint sandalwood smell, and lily of the valley (also see our best lily of the valley perfumes to appreciate this floral note) are its base accords.

This fresh scent doesn’t smell sophisticated but it does attract compliments. It’s also one of those simple scents that simply works on any weather and for any occasion, particularly for the gym or any other active events.

This low silage cologne comes with longevity of up to 2 hours at best, but its price is unmatched. 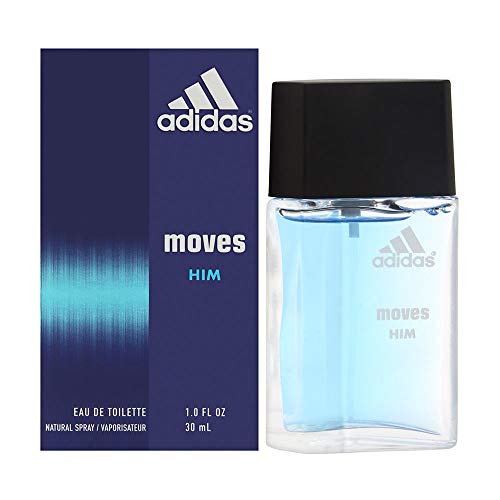 Pure game was launched in 2010, much later than Moves (1999). This can be smelt in its formulation, which feels a bit more modern.

Grapefruit, basil, mandarin orange, and pepper are its opening notes.

Cypres, guaiac wood, and lavender are its mid accords.

Base notes include tonka, incense, patchouli and sandalwood.

For the price, it can be the longest-lasting Adidas cologne. It lasts up to 3 hours and it smells green, fresh, and minty, just what you need at the gym as a light Adidas cologne for men.

Inexpensive and suitable wear as a compliment-getter, this cologne is here to embody what Adidas is known for in the perfume world. 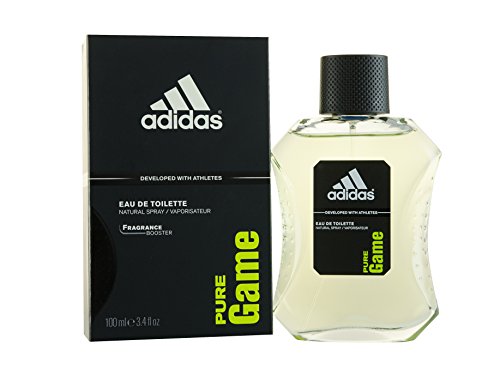 Adidas Ice Dive Eau de Toilette was launched in 2001. This cologne hasn’t been seen too much but it’s worth your attention as it comes with the same fresh polo-ish sporty vibe.

Kiwi is the dominant note, followed by mint, yuzu, mandarin orange, lavender, anise, bergamot, and grapefruit in the opening.

Sandalwood, geranium, and patchouli are also there in the drydown.

With the longevity of up to 5 hours (with 5 sprays), it isn’t as bad as you think when you consider it has the price of 2 cups of coffee. Wearable at the gym, it’s a bit sportier than other Adidas fragrances with the addition of the vanilla sweetness which also makes it wearable in the cold months. 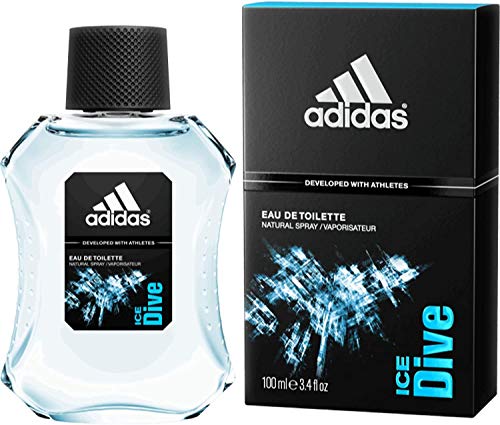 Victory League is marketed as woodsy and spicy. But you can certainly wear it in any weather during the summer and the winter as it maintains that fresh sporty feel.

Launched in 2010, it debuts with grapefruit, orange, basil, and pepper.

Lavender, guaiac wood, and cypress are its mid accords.

Base notes include sandalwood, tonka, incense, and patchouli.

Depending on your skin type, this scent lasts a bit longer than Adidas Moves Cologne as you can still smell it on your skin after 4 hours. Youthful and fun, it has the same demographic as most Adidas releases, men under the age of 20. 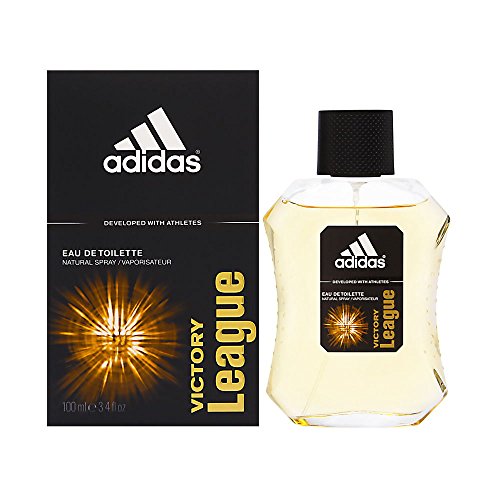 This citrusy scent is the right Adidas choice if you only want to wear it at the gym while playing tennis, or when playing any other sport. Pungent and dominated by citruses, it’s the type of cologne that does best in the high summer heat.

The combination of citruses with pine makes this the right cologne for high body heat. However, longevity is poor on this cologne. Even when you apply multiple sprays, you only get 1-2 hours of mild projection. 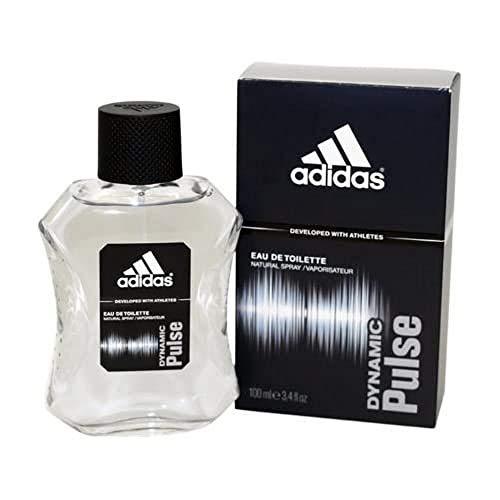 Made in collaboration with UEFA in 2014, this special edition EDT Adidas cologne is one that marks 30 years of the international football competition.

Lavender, violet, and lemon are its top notes.

Clary sage, apple, and cashmeran are its mid notes.

Moss, patchouli, and vanilla are its base accords.

This cologne is aquatic in comparison to those mentioned above. Green apple is the dominant note. However, the apple here is quite synthetic, you shouldn’t expect to feel truly impressed by its smell.

When it comes to compliments, this is the scent that tends to beat them all. Surprisingly, Adidas UEFA Champions League Edition Eau de Toilette is the one Adidas scent everybody seems to like. 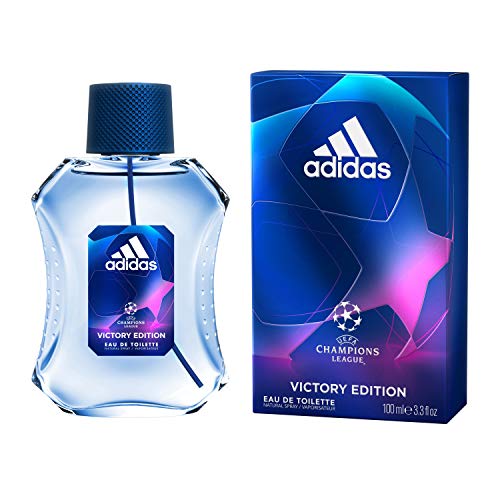 Adidas might not be the first brand that comes to mind when you think about cologne. But why not give it a try? Most of these colognes are very cheap and men can simply use them at the gym or when playing sports.

All of these colognes were made in collaboration with famous perfumers. It was in 1990 that the German brand launched their first cologne. Unfortunately, we haven’t seen a new Adidas cologne in 2020, but next year seems to look a bit more promising.

Which Adidas cologne smells the best?

Adidas Moves and Adidas UEFA Champions League are the colognes that attract the most compliments.

Where to buy Adidas cologne?

You can buy Adidas cologne online on Amazon by clicking the image links above each cologne description here.