The best oud perfume needs to smell like natural agarwood. Resinous, woody, and pungent, these perfumes are the most difficult to execute successfully. Only a handful of oud fragrances can be called perfect.

Both natural and synthetic oud essential oil has been used in the creation of the perfect perfume. Some are more successful than others and simply going for an expensive natural oud-bearing perfume is not going to guarantee a great scent. Perfumes that smell like oud are masterful when done right, however.

The best oud scents are worn by men and women across the world. Making its way to the West, this Arabic note is impressive as it’s so divisive.

Modern oud wood perfumes are made with mild intensity, which seems to be the key to a successful oud wood scent.

Even the most expensive oud perfume can still be made with a ‘diluted’ oud note just to keep it a bit further from its rather intoxicating scent.

The best oud colognes recommended below are mostly made with a toned-down intensity so they are not the most animalic.

So who wears this opulent perfume with an oud note? People who like to smell good wear it. But you should expect a lot of attention, a few compliments, and even a few negative reactions as oud can be divisive, especially among the young crowd as these younger cologne lovers aren’t too familiar with niche perfumery.

The oud wood scent perfume is sophisticated and it’s not a simple fragrance you spray on yourself without thinking about where you are going and how you present yourself. This might not even be a negative point to oud. 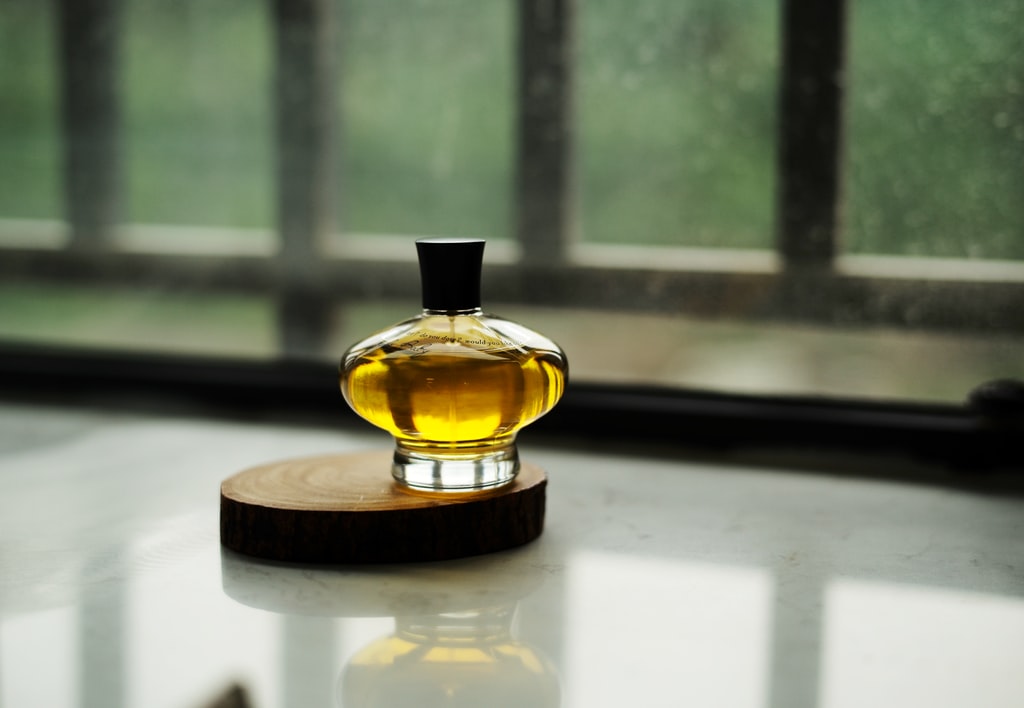 The best oud perfumes you can buy today

Initio Oud for Greatness is the best oud fragrance for men and the hype is real. This is a mass-appealing oud interpretation of a niche men’s fragrance that is actually worth the hype. Dominated by oud and saffron, it offers a pleasant scent that is there to last.

This perfume is as spectacular as the velvety box it ships in.

Oud for Greatness starts with saffron, nutmeg, and lavender. The lavender note is mild here.

Agarwood oud is used in the drydown notes.

Patchouli and musk are its base accords.

The ideal man to wear this oud cologne is a mature man, possibly a successful guy. If you’re buying this oud perfume for him as a woman, he is going to like it if he likes Aventus, Sauvage, and similar mass-alluring scents.

However, women give so many compliments to this scent that some experts even consider it a unisex oud perfume. You can certainly pull it off as a woman if you want to live an intoxicating sexy mist in your presence.

The perfume lasts more than 12 hours. It has high silage as a perfume that leaves a strong scent trail. It also has very strong projection as people smell it from an arm’s distance

Parfums de Marly Layton is a popular fragrance from one of the most appreciated perfume houses. It smells very appealing, sexy, and complex. It comes with a toned-down oud note you mostly smell in the drydown. If you want a similar scent but with a more animalic oud interpretation, the Layton Exclusif version of the perfume is going to offer that darker scent that lasts, even if it comes in a smaller bottle. Parfums de Marly Layton vs Layton Exclusif is a comparison differentiated by animalic ouds.

For most men and women, the standard Parfums de Marly Layton is amazing. It smells citrusy and many find its apple note very comforting as well. It can be one of the best perfumes that smell like apple as well.

Apple, mandarin, bergamot, and lavender are its main notes.

Geranium, violet, and jasmine are its mid accords.

The drydwon changes from its fruity citrus opening to a seductive fragrance with sweet vanilla and that pepper note that makes men smell good.

Layton is one of the most discussed fragrances from Parfums de Marly. If you know you don’t like animalic perfumes, it’s a safe blind buy. If you need that oud note to come on top, its Exclusif version is going to work better.

Oud Wood is a Tom For perfume for men masterpiece. It shines as another elegant oud smelling perfume that isn’t chocking, smelling like feces, or which smells medicinal.

Tom Ford was the first name to bring oud to the masses in Western perfumery. This perfume is his interpretation of what people in the West would feel comfortable with. It was and it still is a success.

If you’re after compliments from women, Oud Wood perfume for men is going to be one of the few oud scents that young ladies like. Most young women go for fresh-soapy scents when they give out compliments.

The fragrance turns sweet and ambery in the drydown. But you can still smell the oud in it throughout.

Yet again, if you’re the guy that likes the smell of Aventus and what the fragrance symbolizes, Tom Ford Oud Wood would be a natural step forward, but on the same path.

Woods, resins, and oud are the main stars of this unisex oriental perfume. It has been often called the best interpretation of oud scents in Western perfumery. Probably the sexiest oud perfume on our list, it can be seen as a safe blind buy and one of the underrated perfumes from Gucci in direct comparison with stars such as Guilty.

Raspberry, incense, olibanum, oud, woods, leather, and amber are the main notes of this perfume.

The perfume is dark and mysterious, certainly a star with formal outfits or generally darker outfits.

Both men and women find it appealing but since it doesn’t have too much sweetness, it might not go down well as a perfume for men and women under 20. Otherwise, it can be a star even without a natural oud note in it.

This strong oriental perfume from Amouage is another unisex perfume slightly leaning towards the masculine. It’s not as dark as Gucci Intense oud perfume, but it uses dark note characteristics juxtaposed with bright notes where the perfume shines in opposing ways. This is why you shouldn’t expect a fully dark perfume such as Black Afgano.

Oregano, black pepper, and spicy bergamot are the main notes of the Arabian oriental perfume.

Incense, opoponax, amber, and labdanum are its mid accords.

Leather, oud, sandalwood, and patchouli are the base notes of these Amouage best men’s oud perfumes.

Highly luxurious and charming, it’s the perfect perfume inspired by traditional Saudi Arabian scents. You wear this perfume when you’re fine with being in the center of the attention as it projects like a beast.

Even a single spray of Amouage Interlude Man can last for a day on your skin, so expect to be noticed.

This best rose and oud perfume from MFK perfumes. It stands out as a highly seductive perfume for women and it can be ideal for date nights and other romantic get-togethers.

The perfume is addictive, especially as it gets plenty of compliments from men since it smells so good. It has the highest potential from the list of becoming a signature oud scent for women.

You do have to worry about this perfume lasting long in your drawer as your partner may use it as well as its growth in popularity with men as well.

This dark unisex perfume from Tiziana Terenzi leans towards an oud perfume for him. It has a rich oud note, very dark, and very intense. It’s back by some tobacco, sweetness, and a prominent leather note. If you can imagine the scent of leather and strong oud, you know just how potent this perfume is.

Other supporting notes are also there, black pepper being the most easily distinguishable.

This perfume is ideal for the younger crowd, typically those around the age of 20 and under.  For the more mature age groups, all of the perfumes above seem to be a bit more recommended.

This leather oud fragrance can also be a top signature scent for men and women.

What is an oud fragrance?

An oud fragrance is a perfume that smells like out. The smell of oud is oriental and in the right notes’ combination, it creates aromatic mysterious colognes.

When should I wear oud perfumes?

In the West, oud perfumes are considered warming and they are sprayed in fall and winter. However, you can wear oud perfumes throughout the year if you don’t overspray them.

How many sprays of oud perfume should I apply?

Oud perfumes are typically colognes that are only sprayed sparingly. But hiding your oudh scent defeats the purpose of the cologne. You should spray oud heavily (up to 10 sprays) to truly wear it like people in the Middle East.

Are oud perfumes made only for the Middle East?

Oud perfumes come from the Middle East and Arabic countries where it was popularized, even if the oud sap comes from Southeast Asia. It’s not an uncommon cologne note anywhere in the world at the moment.

Natural oud smell perfumes are very expensive and they can cost at least a few hundred dollars. Synthetic oud perfumes can be a cheaper alternative.

Men can wear oud perfumes to symbolize status, typically to resemble a rich Arabian prince. Men can also wear oud cologne when they want to stand out.

Women find oud mysterious and in the right combination, these perfumes can smell appealing. Many women prefer to wear oud perfumes to dates or when out shopping.

Is oud perfume good for teenagers?

Oud is typically not a good perfume for teenagers. If you’re a teen, you should smell an oud perfume in stores to check out if you like this note.

Can I wear an oud perfume to work?

While anything is possible, it’s generally not the best place to wear oud perfume, especially if you’re a heavy sprayer.

Why does my oud perfume smell bad?

Oud can smell fecal to some people. This is not an isolated group of people as many people think oud smells like a dirty animal. It can be the perception of oud changes when it’s mixed with other dark notes. Oud and musk is a typical combination that smells bad to some people.

Can I layer my oud perfume?

Oud attar is the perfect base for your oud perfume. It makes your perfume last longer. It also makes your oud cologne project further.

How to wear oud oils?

If you want to layer your oud perfume, you need to apply oud oils first. These don’t come with a sprayer. You need to dab oud oil on pulse points such as the neck and the wrists. You then spray your oud perfume on top to create a completely new scent profile where the oud is the main star.

Thanks for reading my post. My name is Adrian and I've been into fragrances for a few years. I'm always looking to test new perfumes as much as possible.