Freesia perfumes are back with their sweet delicate floral scent. Freesia notes used to be popular in perfumes but they got slightly outdated a few decades ago. Modern freesia fragrances put a new spin on this attractive and comforting floral note, often in combination with other scents rather than creating soliflores.

It’s often almost impossible to walk into a fragrance shop to ask for a freesia perfume and to get a good response. Often, you don’t get any response at all. But as spring starts to make its presence in our lives, our love for floral scent is growing every day.

Freesia has a floral scent of a sweet-fruity type. It can be similar to carnation but freesia also has peppermint and dewy honey influences which make it a rather sweet-floral scent.

This combination of florals and sweetness that make up the smell of freesia is what drives these perfumes to smell both comforting and alluring.

Perfumes that smell like freesia weren’t easy to find up to 2010 in a valid scent that was worth paying for. However, things changed and by 2013, freesia perfumes were already back on track. Today, your best options lie below.

Diptyque perfumes for women have a distinct way of making realistic smells that last. Almost all of them have a special aura or a royal feel to them. But the best Diptyque perfumes come with very memorable sent, which is also the case of Ofresia.

This perfume is among the simplest creations that manage to be complex at the same time. There are only 3 notes in this perfume and as a beginner in the fragrance world, you might think you are not getting your money’s worth. Things are very different in reality.

From these notes, freesia takes the center stage. It’s the most realistic freesia note that many have smelled to date.

Pepper is also there and it might help bring out the best in freesia. However, you will have a difficult time separating the pepper note as it’s quite mild.

Woodsy notes are also quite mild in this composition. In conclusion, Ofresia is 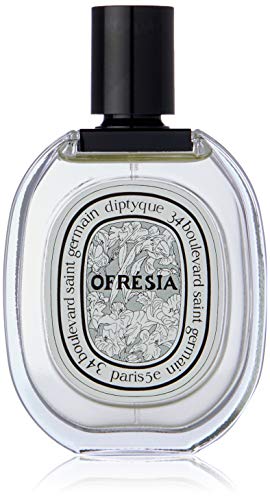 Christian Dior Forever And Ever

If you’re after a freesia fragrance that lasts a day but which is also wearable to work, Forever and Ever is your main answer. This perfume isn’t the classic Dior and it tends to impress even those familiar with Dior perfumes for women.

Forever And Ever smells like freesia, jasmine, and Bulgarian rose tincture.

This is one of the most inspired scents that go together combinations. Freesia goes well with jasmine and jasmine goes well with Bulgarian rose. However, the rose here is a tincture which means it’s thicker and a bit inky if this can be a word that describes perfume.

The final result is a mild freesia perfume that can be worn every day to every occasion.

If you’re after a women’s perfume for the office, Forever and Ever is your star choice and it can also be characterized by the following attributes. 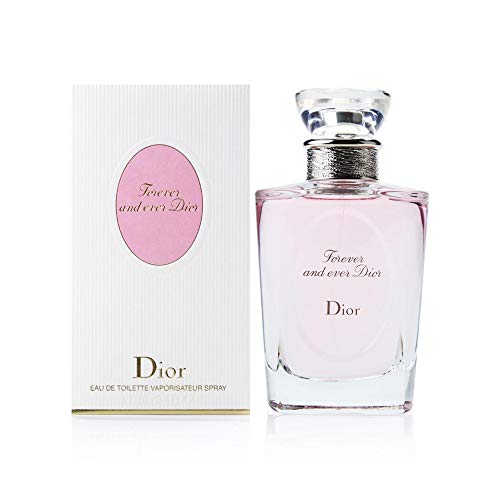 Jo Malone English Pear and Freesia are often listed as freesia perfume for men. But its unisex profile is only slightly masculine, as the perfume mostly smells like freesia and feminine.

The pear and the freesia notes make this perfume one of the most respected choices from Jo Malone when it comes to seductive perfumes for women that smell like flowers.

You will be able to wear English Pear and Freesia at any age.

This perfume smells like ripe pears and melon in the opening. Freesia is mix with a hint of a rose in the smell of the dry down where the pear scent is also present.

Musk, patchouli, rhubarb (how British), and amber are the base accords of the scent.

Floral and fruity, this freesia perfume for dates is going to make you smell feminine and classy, a staple of Jo Malone. 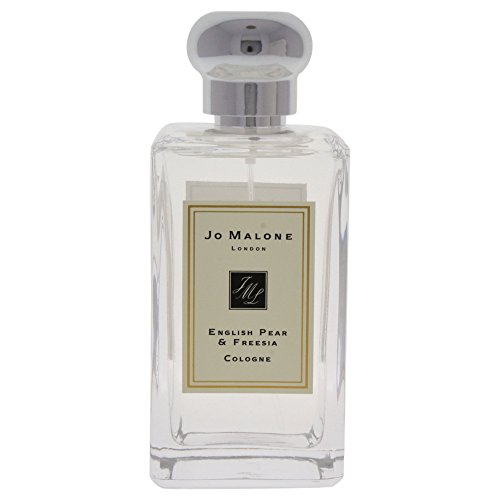 If most other freesia perfumes on the list were primarily made for spring and summer, it’s now time to review an overwhelming floral perfume for the winter that smells like freesia.

Stylessence Jil Sander is a freesia perfume that smells spicy and comforting.

It’s not a simple creation and you can expect different nuances depending on your type of skin.

Freesia, cardamom, orange leaf, and petitgrain are the main scents you get in the opening.

Violet, jasmine, orange blossom, and neroli are the smells of the drydown.

Amber, hinoki wood, and musk are the base accords.

Freesia, violet, and hinoki wood are the main notes of the perfume and they create the smell you are going to be enjoying for the most part.

This oriental perfume that smells like freesia is correct for the mature woman who understands that not all freesia perfumes have to smell light. They can also smell heavy, spicy, and comforting during the cold months where all of the flowers seem to be out of reach.

It’s now time to change directions yet again to a freesia perfume that smells fresh. Yes, this is possible and it comes from a cheap perfume, Eternity for Women.

Initially, other perfumes could have made it to the list. One of them was Les Naturelles Freesia from Fragonard, but it got discontinued. Instead, you can go for a unique freesia perfume for a low price.

Eternity for women smells like freesia mixed with grass.

This green scent is what makes it ideal for the high heat of the summer. At the same time, it’s a green perfume for mature women rather than for young women.

There are so many notes listed in this perfume that you would have to be a retriever to smell all of them.

Green notes and freesia are listed in the opening.

Sage and citruses such as mandarin orange are also prominent notes.

Heliotrope, musk, amber, patchouli, and sandalwood are its base accords. 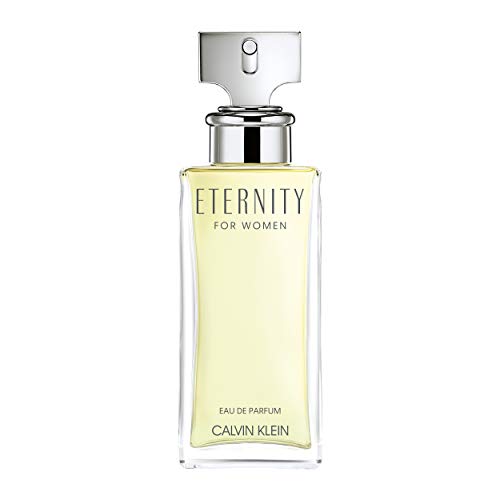 Is there a good freesia perfume? Yes, but it costs a bit more than you might expect except Eternity for Women. A good freesia perfume is Diptyque Ofresia and Christian Dior Forever And Ever. While there are multiple freesia species, you can tell the note used in these 2 perfumes is special. But any perfume with freesia notes on the list can be a valuable purchase that tends to draw compliments once again after being forgotten.