This Miss Dior perfume review looks at the chypre floral fragrance in detail. It’s been covered on FragranceSpotter.com before, but Miss Dior’s pink perfume is an excellent source for discussions with any woman who loves perfumes.

Although not all women love perfumes that smell like roses, most women love Miss Dior Eau de Parfum. So what is it’s secret and is it worth its price?

Dior makes some of the most memorable perfumes for women and while it’s not a rare scent, Miss Dior is along the same lines of elegance.

Miss Dior Perfume Review – An EDP That Smells Like Roses

We have to address the elephant in the room from the start. Miss Dior perfume is sweet, almost syrupy, and less citrusy than expected. Blooming Miss Dior notes of rose in a sweet interpretation make it rather more mature than other Dior perfumes for women.

This being said, is there something wrong with a perfume that smells sweet? No, this is just a matter of personal preference.

Patchouli and palisander rosewood are its base accords.

Rose, mandarin, patchouli, and pink pepper notes are important players in the 2017 Miss Dior reformulation. Lemon is there as well and it does such a good job at cutting through that sweetness. It’s just a shame that this citrusy opening doesn’t last a little bit longer to round up the drydown better.

There is a clear shift between the previous batch of Miss Dior and the new 2017 release. Some say the manufacturers have also changed. But there are new interpretations to this EDP which make it a bit more interesting than some of its critics say.

This perfume was believed to be an embodiment of a chypre perfume that is modern. The introduction of red ingredients such as pink pepper and blood orange makes it a bit more seductive and a bit more animalistic. The citrus opening of the perfume is also among the best. For those who believe these notes aren’t good just, there’s always the reactions test that is very positive among guys making this a women’s perfume men love.

Who can wear Miss Dior Perfume?

Miss Dior lasts 6 hours on the skin, it projects, and it leaves a scent trail. As a perfume for women with a powerful scent trail, it can become a favorite among mature women.

Reviewers typically say this perfume doesn’t smell as good as the original. This is its weakest point I’m afraid. While still appealing, it doesn’t have the same memorable nature as its 2012 version.

On the other hand, if you haven’t smelled the original, this perfume is going to be fantastic for you. This is also the type of buyer Dior is going for. The 30-year old woman wearing it in 2012 is now 40 and other women around the age of 30 will love this. But who cares about age anyway? It’s probably perfect for all mature women as it’s only teenage girls that are going to have something negative to say about its thick formula.

This perfume leaves a wonderful rose trail. You can wear it at work, on special occasions, and certainly on dates. Some of the most impressive reviews come from women who wore it in spring and fall as it tends to stumble a bit during the hot summer months from June to late August.

However, since it’s a highly feminine perfume you might want to reconsider all of this information. It has even been recommended as a perfect wedding perfume for women. We all know women prefer weddings held in the summer and you simply cannot overlook it among the potential candidates for what should be the most important event of your life. Sorry folks, this is not a women’s Dior perfume men can wear. 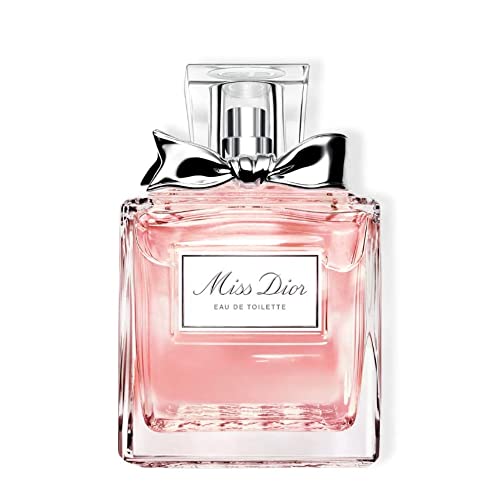 So should you get this perfume in 2021? The answer is a bit more nuanced and it’s found in your nature. This perfume tends to be romantic, as many other rose perfumes for the ladies. If you’re the type of person who’s often describing herself as romantic, you cannot go wrong with it.

Perfumes similar to Miss Dior fragrance often mention Coco Mademoiselle. To an extent, this is true, especially in the drydown.

However, if you plan to wear this perfume in 2021 you need to know how it ages. It tends to become richer within a year from the first spray and you need to expect it to become even more potent.

But if you’re considering an EDP, this isn’t a problem for you.

Is Miss Dior worth it? This Miss Dior review gives out a 9 out of 10 for the perfume. It’s worth the money because it lasts a bit longer than other similarly-priced perfumes.

While women who’ve also owned the original say it isn’t a step un after its reformulation, you know what you’re getting into when getting this perfume. All women should have at least one romantic perfume in their perfume tray or perfume collection. This can be it.

Miss Dior smells a bit like jam compared to the original with a thicker formulation. However, it’s not an old-fashioned perfume but rather a perfume that reaches maturity. As a person who reaches maturity, you take the best of what you’ve grown up with and finally present yourself in an authentic way. This is where the perfume Miss Dior represents wins even if women wearing it from 1947 might say it’s not the best Miss Dior perfume.