If you’re an Aventus fan you know all about the best batches and what they stand for. It turns out not all Creed Aventus perfumes smell the same. Pineapple note intensity, smokiness intensity, and longevity are the main differences between different batches of Creed Aventus.

While I’ve been smelling a lot of them, I tend to agree with those who say 11Z01 is the best version of Creed Aventus. I don’t agree all batches should be the same as you can’t tell a difference while smelling Aventus’ strong projection. You can only tell the difference between Creed Aventus batches by closely smelling the spot of application on your body, which is something you are most capable of doing.

Creed Aventus has been launched in 2010. Since then, it has gone through multiple reformulations according to fragrance fans. You can read more about Creed Aventus batches here, here, and here.

Researching the best Creed Aventus batch seems like a never-ending task. You need to know you might pay more for a 2017 batch of Aventus than a 2021 batch of Aventus when buying online. The 2017 version is believed to be very good.

However, these batches tend to smell a bit different even when released in the same year. This being said, here are some of the best Aventus batches you can still find today.

The 11Z01 2021 Creed Aventus batch is often regarded as the best. The title of ‘best’ is attributed here on a basis of truly representing that popular Aventus smell. Since most people agree the 11Z01 batch is the best its price always seems to be going up. 1 ml of 11Z01 batch costs anywhere between $12 and $16. You can end up paying more than $1.000 for this batch of Creed Aventus.

2013 13Z01 Creed Aventus batch is believed to be very nice-smelling. It has strong pineapple notes and potent smokiness. It’s often believed the natural smokiness of Aventus started fading out slightly since 2015.

2017 Creed Aventus batches are generally regarded as good. However, they often lack the ultimate all-day lasting power many buyers expected.

This batch has often been found around Asia and in the US in stores such as Costco. It had very good projection and good lasting power.

2018 Creed Aventus batches such as 18B11 are generally considered weak in performance but true in smell. Many believe Creed released multiple tester bottles this year as a major marketing effort to get Aventus in front of as many people as possible.

2021 Creed Aventus batches made towards the end of the year are believed to smell better with more intense pineapple. 21P11 and 21T11 are very good batches and are considered superior to 21S01 batches.

Get the latest Creed Aventus (batch) here on Amazon

Get Creed Aventus on Creedfragrance.com

How to read Creed Aventus batches?

Why does Creed Aventus smell different in different batches?

There are small differences between Creed Aventus batches. Some of these are normal given fragrances mature, change, or go off. From storage conditions to varying raw ingredients, these are the main reasons batches of Aventus smell different.

Chanel works with very specific suppliers or rose and jasmine from France. It can be difficult for Creed to only work with one supplier given the ever-growing Aventus perfume popularity. We don’t know how many suppliers work with Creed to make Aventus, but it can be an issue of sourcing ingredients from different parts of the world.

Quality control is sometimes poor at Creed. Improper storage in the factory combined with improper storage during transportation can alter the scent of Creed Aventus. We’ve seen numerous people companioning about the differences in smell in the same batch. Some of these complaints can be explained by improper storage conditions.

Another theory leading to possible smell differences in Creed Aventus batches is tied to reformulations. It’s believed all batches made between 2011 and 2017 smelt good. Batches released between 2017 and 2019 were considered a bit more citrusy. Creed Aventus batches released in 2020, 2021, and 2022 are generally seen as less potent and not as long-lasting by those who believe Aventus has been reformulated. 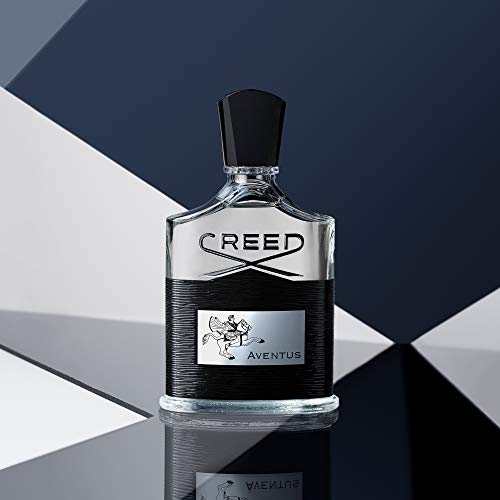 Fruitiness, smokiness, and muskiness are all Aventus attributes that can have varying intensities when it comes to comparing batches. Some Creed Aventus batches are so poor people complain the fragrance doesn’t project or that it only lasts up to 4 hours. Complaints can go as far as associating these colognes with fakes or Creed Aventus clones.

However, it’s now time to look at the future. Buying Creed Aventus is an experience like no other in the perfume world. You can easily just buy this fragrance for the rest of your life. We’ve seen both Creed Aventus and Dior Sauvage perform spectacularly in terms of compliments. If you fear spending as much money on a perfume that might not smell as expected you can always choose other best Creed colognes for men as other perfumes of the house to have fewer known batch issues.